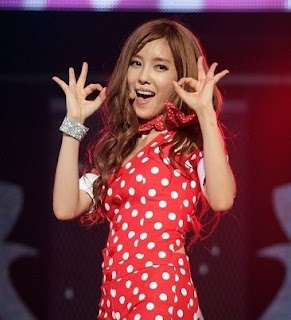 Hyomin from girl group T-ara has cast in a Japanese movie “Jinx.”

On February 7th, It was reveled that the singer and actress will act play one of the main roles in the movie.

She will play a Korean transfer student named Ji Ho who will pair up main couple Kaede (Kurumi Shimizu) and Yusuke (Kento Yamazaki) in a South Korean style.

About her casting Hyomin said, “I am bit nervous because I am the first Korean singer to take on a lead role in a Japanese movie.”

The movie is directed by Naoto Kumazawa who have done movies like, “From Me to You” “Romantic Prelude” and “ Tokyo Noir”

The movie will start filming in mid-February and will film some scene in Korea. The movie is aiming for a fall 2013 release.