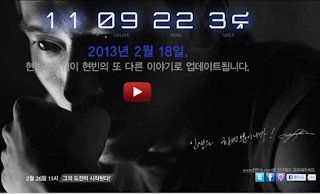 In the 15-second teaser that was recently released, the actor is intensively staring at something, while instrumentals that looks like they were taken from a horror movies, play is the back ground. Then everything accelerates and an owl and fire appeared and Hyun Bin turns around and fixes his eye on something else and a caption that reads “You only live one life” appears.

The video is from an unknown brand, that the actor is advertising for. The complete video, as well as what brand he is working with, will be revealed on February 26th.

Meanwhile, the actor is reported to have been working for Samsung TV and Coffee brand Cantata.

You can check out the dark teaser below.