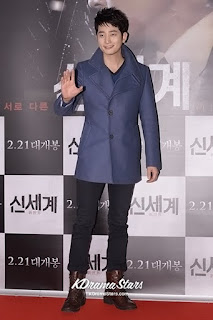 Actor Park Shi Hoo is being accused of sexually assaulting a 22-year-old.

A trainee named “A” is accusing the actor for engagion in sexual behavior without her permission.

On February 15th, “A” file a report against the actor stating that the actor abused of her while she had lost conciseness after getting drunk, said the police.“A” and the actor met on February 14th, for a drink and after she had gotten drunk, she woke up and found out she had been sexually abused.

After the accusations, Park Shi Hoo, who is currently without an agency, released an official statement and explained, “Park Shi Hoo would like to state the truth. He admits that he indeed met and had a drink with “A.” They both showed interest in each other. However, he did not force her to do anything.”

“We want to apologize to his fans, who are worried about him. Park Shin Hoo will prove that he has nothing to be embarrassed about, and will cooperate with the police. We would like to ask to please stop any more speculations.”

The police investigation is still underway and the actor will be called soon to declare on this serious matter.