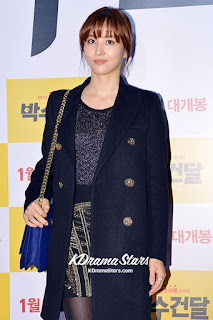 Actress Han Hye Jin has stepped down from the main role of the drama.

According to her agency, Namoo Actors, the actress decided to step down due to “scheduling conflicts” with a movie she is about to film. It is also said that she had difference with the production team about her character.

The production company has now laid its eyes on actress Lee Min Jun to replace Han Hye Jin and take the lead role of No Min Young, a lawmaker from the Progressive Labor Party, who gets involve in the political world after a tragedy.

“All About My Love Life” two lawmakers from rival parties who will fall in love and will start a secrete relationship, despite their different believes.

The drama is set to start airing in April, after “That Winter, The Wind Blows” finish.