Jo In Sung and Song Hye Kyo Chosen as Most Anticipated Couple. 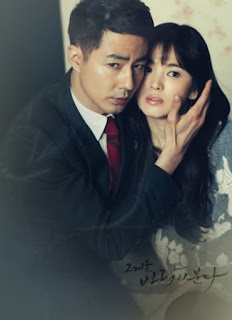 The new couple for upcoming SBS drama “That Winter The Wind Blows” are selected as the most promising couple.

On February 6th, the production company in charge of the drama revealed that the couple ranked #1 in an online poll.

In the survey, where around 15,000 people participated, Jo In Sung and Song Hye Kyo received 63.2% of the votes, followed by Choi Kang Hee and Joo Won from MBC drama “Level 7 Civil Servant” with 29.9% and at third, came Kwon Sang Woo and Soo Ae from drama SBS “Yawang.”

“That Winter, The Wind Blows” is gathering much anticipation, not only in Korea, but in Asia as well. The drama has already been sold to Japan, before having premiere in Korea.

The drama is about a passionate, yet difficult love, that will the power, love have in humanity.