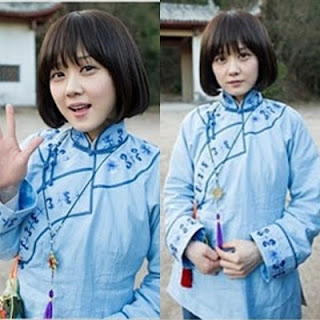 Her agency announced last week that the actress will be one of the lead in the 30-episode drama.

In the drama that takes place in Qing Dynasty of 1910, she will play the role of Riti, the daughter of a second wife, who was born with 6 fingers. She was always cast out by her family, but after she takes charge of the family business, of planing weddings, she became very successful.

Due to her extremely busy schedule, the actress became sick. Her agency explained that because of her last filming for “School 2013,” and immediately going to China to film for “Red Palanquin,” the actress fainted from exhaustion.

Thankfully her mom and a nurse took care of her, and she was able to go back to the work set the next day. It was said upon her comeback, she received gifts from the staff.