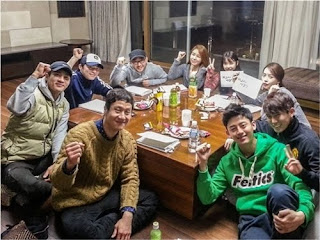 Cast of the KBS drama “Lee Soon Sin is The Best” spent the Korean holiday together.

Despite being a national holiday in Korea, the actors showed great professionalism by spending their holiday in work related activities.

An insider said, “During Lunar New Year, the actors gather together to review the scenes, and many other things relating to the drama. Their youthful personalities and good work relationship made the atmosphere cheerful and energetic.”