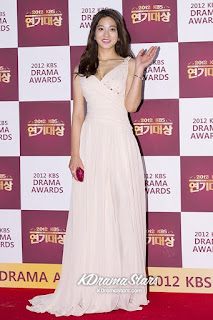 Actress Park Se Young talked about what she would like to be in her next project.

The actress was recently interview and she revealed she would love to act with various actors.

She said, “I want to act as a sweet and lovable character for my next project.”

In the past the actress played the role of a studious girl in “School 2013”, The role of a spoiled rich girl in “Love Rain” and the role of Queen in “Faith.” However, none of the roles were sweet, but rather strong.

She then named Song Joong Ki, Yoo Ah In, and 46-years-old actor Kim Yoon Suk, as the actors she would like to star with. She added, “I would be really happy, if I could act with Song Joong Ki.”

The actress also revealed her ideal type, “I like a man who is popular. I like idols, they are all attractive.”

Park Se Young has been getting a lot more recognition after acting in “School 2013,” “Faith,” and “Love Rain.” due to this, she has appeared in various magazine spreads.