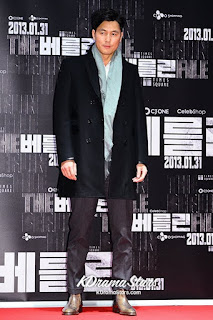 Actor Jung Woo Sung will be one of the judges in the Jeonju International Film Festival.

The actor along with director Ryu Seung Wan who is behind films like “The Unjust” and the newly released “The Berlin File” were the only Koreans selected to judge the event.

The festival is held annually in Jeonju, South Korea, and for this year besides the actor and director, film professor Don Fredericksen from Cornell University, director Darezhan Omirbayev from Kazakhstan and Indian director Santosh Sivan complete the quintet of judges.

Jung Woo Sung was has proven himself to be one of the best Korean actors, has also experience in filming music videos. He also was one of the judges in the 2012 Busan International Film Festival in October.