Jo In Sung Injured His Hand But Went Back to Work Immediately. 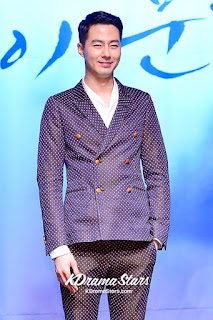 Actor jo in sung injured his hand on the set of “That Winter, The Wind Blows”

It has been reported on February 7th, that Jo In Sung hurt his hand, according to a representative of the drama.

The incident happened on February 4th, while he was filming a scene in the drama where he hits the wall. The actor was then immediately taken to a nearby hospital, where he was given 13 stitches. However, he showed great dedication and professionalism and went back to the set to finish his scenes.

The representative said, “He was filming a scene where he hits the wall, but there was a frame hung there and it fell, shattering the glass and his hand was injured. Since he is the main role, everyone was worried about any delay in the shooting, but he is so passionate that he came back to finish, since his injury wasn’t grave. He have been preparing for his comeback after 5 years. He is making sure nothing goes wrong.”

Jo In Sung plays the role of Oh Soo a gambler who is cold and mean, due to painful past experiences. He will target Oh Young, the blind heiress of a big company, but he will fall in love with her.

“That Winter, The Wind Blows” will premiere on February 13th, on SBS.