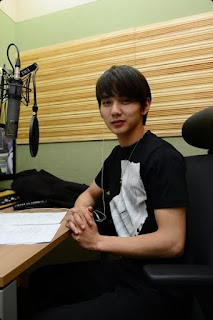 Actor Yoo Seung Ho has decided what to do before he leaves the celebrity world.

Yoo Seung Ho will be in charge of narrating the KBS documentary “Studying Human.”

the documentary is about 4 Harvard students who are looking for the best studying techniques. It also talks about the difference between cultures and their methods of studying. The documentary will discuss if studying is involve in career success.

about the documentary the actor commented, “I feel attracted do this project because, this is my last project before enlisting.”

Yoo Seung Ho successfully played the antagonist role in MBC drama “I Miss You” and received major attention and love for his troubled character.

The actor expressed before “I Miss You” ended that, he will join the military right after the drama ended. There are still not official dates announced.