B1A4?s Baro May Join The Cast Of ?Angry Mom? 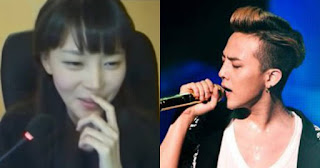 B1A4’s Baro is in talks to join the cast of upcoming MBC drama, “Angry Mom.” On January 28, the Korean outlet Newsen reported that WM Entertainment spoke with them regarding his potential casting in “Angry Mom.”

“Angry Mom” will examine the actions of a mother who confronts people at the school where her children are struggling with bullying and violence.

The cast of “Angry Mom” is still with the formative phase but Kim Yoo Jung has been confirmed for the role of Oh Ah Ran. Kim Yoo Jung is a teen actress who has gained notoriety for her film and drama roles which include “Commitment,” “The Moon Embracing the Sun,” and “Secret Door.”

The script for “Angry Mom” was selected from a scriptwriting contest which was held by MBC.

The drama is scheduled to air on MBC in the Wednesday-Thursday time slot in March 2015, following the conclusion of “Kill Me, Heal Me.”