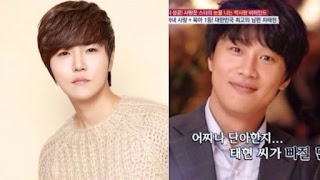 (Photo : Kdramastars ) K-Drama fans can vote for Best Actor and other key categories in the third DramaFever Awards.

DramaFever will present the 3rd DramaFever Awards on Thursday, February 5. The awards will be held at the Hudson Theater which is located in the Times Square Millennium Broadway Hotel.

Recipients of the DramaFever Awards are determined through online voting by fans of K-Drama, Korean entertainment including variety shows, and other Asian television programming.

The awards provides Asian entertainment fans with the opportunity to celebrate their favorite programming.

Popular dramas “My Lovely Girl,” “Fated to Love You,” and “Emergency Couple” have three nominations each.

There is a total of thirteen categories, with seven new additions.

The awards were digitally launched in 2013 before transitioning to a live show in 2014. “Pinocchio” star Park Shin Hye performed at the second award ceremony. Park Shin Hye also participated in a question and answer session, providing fans with a glimpse into her personality.LeesSang’s Kang Gary was also on hand for the ceremony, as a star of the variety program “Running Man.”