?Sensory Couple? Is A Hit In China 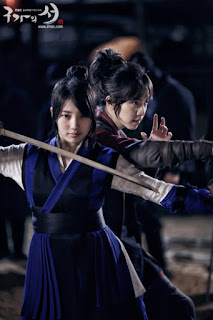 “Sensory Couple,” which is also known as “The Girl Who Sees Smells” is the latest K-Drama to become a hit with Chinese audiences. According to a report published by allkpop, “Sensory Couple” is the number one hot topic on the Chinese social media tool, Weibo. The first episode, which premiered on April 1 has already received 160 million views, with more than 387,000 users providing comments. The second episode received over 40 million views, driving the online viewership of the show to more than 200 million.

“Sensory Couple” stars Shin Se Kyung as Oh Cho Rim, a girl who is one of the lone survivors of the grizzly Barcode serial murders. She sustains brain injury during a car accident, after she witnesses and escapes her parent’s murderer. She emerges from a coma, after six months, with the ability to see smells, a rare condition whose symptoms can be attributed to synesthesia. As an adult, Cho Rim is an aspiring comedian.

Beyond the unique plot, one of the biggest draws for viewers may be JYJ’s Yoochun. Yoochun portrays Choi Mu Gak, a police officer who lost his ability to taste, smell and lacks sensory feedback from touch which prevents him from feeling pain. His symptoms are psychosomatic and were brought on by the tragic death of his sister.

Mu Gak and Cho Rim join forces with one another, after accidentally meeting. Cho Rim needs a comedy partner and Mu Gak recognizes the potential for her unique ability to see smells. After Cho Rim successfully solves two of his cases, he realizes that she is an invaluable partner.

The popularity of “Sensory Couple” with Chinese audiences comes on the heels of “Pinocchio,” whose broadcasting rights were sold to China’s Youku Tudou for the record breaking price of $280,000 USD per episode.