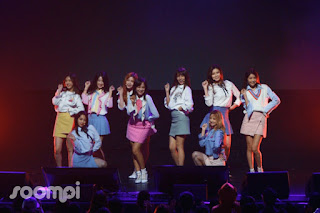 Many don’t expect for actors to necessarily have a knack for singing, but there are quite many Korean actors that do have musical backgrounds!

1. Gong YooThe actor lent his husky voice for the Findg Mr.Destiny OST” “Second First Love,” BIG OST “Because It’s You,” and sang covers during his fanmeetings.

Actor Lee Min Ho has released two albums  My Everything and Song For You, along with a few singles in the past. He also lent his soothing voice for the Boys Over Flowers OST “My Everything,” The Heirs OST “Painful Love.” and Bounty Hunter OST “Run.” As a gift for his fans, Lee Minho released the single “Always” before enlisting into the military.

3. Kim Soo Hyun Kim Soo Hyun‘s father is known to be a singer in the rock band, Seven Dolphins. While studying in university, he participated in quite an amount of musicals. While filming for Dream High, Kim Soo Hyun had the opportunity to work with JYP and showcased his charming vocals through the drama. Along with a few singles, he lent his voice for the Dream High OSTs “Dream High” and “Dreaming,” The Moon That Embraces The Sun OST “The One and Only You,” and My Love From Another Star OSTs “In Front of Your House” and “Promise.”

4. Park Seo JoonPark Seo Joon‘s first role in a drama was actually Dream High 2 where his character was part of an idol duo group with GOT7‘s JB’s character. He lent his emotional voice for Dream High 2 OST “New Dreaming,” Witch Romance OST” Come into My Heart,” Kill Me, Heal Me OST “Letting You Go,” She Was Pretty OST “Long Way,” and Hwarang: The Poet Warrior Youth OST “Our Tears.”

When he was a kid, Park Bo Gum learned how to play the piano and took part in serving at his church as a pianist and a choir member! He initially dreamed of being a singer-songwriter, but eventually changed his career path after being recommended to start acting instead. Even as an actor, Park Go Bum never forgot about his love for music and even took part as a music director for his university’s graduating class’s production of Hairspray. He also lent his sweet vocals in his drama Moonlight Drawn by Clouds‘s OST soundtrack with “My Person.”

7. Kang Ha Neul Just like Ji Chang Wook, Kang Ha Neul started off in acting in various musicals before making his debut on-screen. He lent his soulful voice to OSTs from Monstar, Angel Eyes, C’est si bon, Dongju: The Portrait of a Poet, and Like for Likes . The actor can also play the guitar!

8. Lee Joon Gi Lee Joon Gi is not only quite the dancer, but he has also released multiple music albums! Even while serving in the military, he took part in the military musical, Voyage of Life. Lee Joon Gi lent his heart-melting voice for his drama Arang and the Magistrate OST “One Day.”

9. Jang Geun SukFor his drama You’re Beautiful, Jang Geun Suk showed off his singing skills as the leader of “A.N.Jell.” He also has released many Japanese studio albums, released a few singles, and participated in the OSTs of many of the dramas and movies that he acted in. Jang Geun Suk is also part of a hip-hop duo with DJ Big Brother called Team H.

11. Park Shin HyeAlong with acting, Park Shin Hye was also trained in singing and dancing. She was able to first show off her pretty vocals in You’re Beautiful and Heartstrings. Park Shin Hye participated in a wide range of OSTs of dramas she starred in and released a few individual music releases as well!

12. Lee Sung Kyung Lee Sung Kyung has participated in a few song collaborations such as “I Love You” with The Papers “My Lips like Warm Coffee” with Eddy Kim and featured in Psy’s “Last Scene.” Many were surprised to find out that the actress has an amazing voice after she appeared on King of Masked Singer.

13. Kim Go EunActress Kim Go Eun showcased her enchanting vocals by participating in the Cheese in the Trap OST “Attraction” and Canola‘s OST “Let’s Sleep.” She also had a singing scene in Goblin where she did a cover of Lee Sun Hee’s “Meet Him Among Them.” Kim Go Eun often sings during fanmeetings and variety shows as well.

14. Park Bo Young Park Bo Young has been known for her adorable voice and her guitar playing skills that were showcased in the famous movie, A Werewolf Boy. She lent her voice for Scandal Makers OST “Era of Freedom,” A Werewolf Boy OST “My Prince,” Hot Young Bloods OST“Boiling Youth,” and Oh My Ghostess OST “Leave.”

15. Goo Hye SunGoo Hye Sun‘s initial dream was to become a singer as she formed a band with a few of her friends from university. She trained under DSP Media and SM Entertainment before switching to her current company in YG Entertainment. The actress has released a few albums, participated in multiple OSTs, and released several digital singles as well.