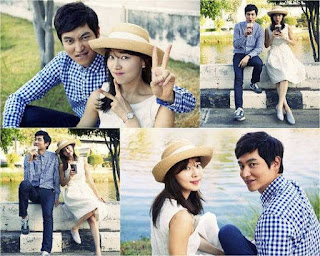 On April 25, the nominees for the 51st Baeksang Arts Awards were announced, along with the real time popularity votes in four key categories.

The popularity votes continue to fluctuate, as fans select their favorite Hallyu stars through Weibo and the 51st Baeksang Arts Awards application that is available for Android users. Although, the numbers continue to change throughout the day, Lee Jong Suk, Park Shin Hye, Lee Min Ho and f(x) Krystal continue to dominate their respective categories.

AOA’s Seolhyun is nominated in the Best New Actress category for her performance in “Gangnam Blues,” while Honey Lee received a nod for “Tazza: The Hidden Card.”

The Best Drama nominees include “Heard it through the Grapevine,” “Misaeng,” “Kill Me, Heal Me,” “Punch,” and “Yoo Na’s Street.”

The Best New Actor Television category is dominated by breakout acting idols. K-pop idols-turned-actors who are nominated in the category include EXO’s D.O (It’s Okay, That’s Love), Lee Joon (Heard it through the Grapevine), Park Hyung Sik (What Happens to my Family?), and Siwan (Misaeng). Kim Dae Myung also received a nod for his role in “Misaeng.”

“Heard it from the Grapevine” received additional nominations in the Best New Actress Television category. Baek Ji Yeon and Go Ah Sung are recognized, along with Secret’s Han Sunhwa (Rosy Lovers), Kim Seul Gie (Discovery of Love) and Nam Ji Hyun (What Happens to my Family).

The ceremony will be held in Seoul at Kyung Hee University on May 26, 2015, with broadcast on jTBC.