Lee Min Ho?s Next Project May Be A Drama Rather Than A Film 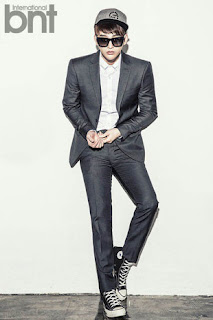 On January 27, Lee Min Ho attended a fan meeting for audiences in Hong Kong. Sohu.com, a Chinese media outlet, published a report about the fan event which was translated by Enews. The report detailed Lee Min Ho’s arrival in Hong Kong which resulted in a large fan greeting at the airport. According to the report, he briefly greeted the fans, upon his arrival.

The fan meeting was attended by approximately three hundred fans. Lee Min Ho interacted with a small number of randomly designated fans. During the event, Lee Min Ho provided fanservice which ranged from hugging the randomly selected audience members to taking selfies with them. He also expressed his since thanks to his fans for their support.

According to Sohu.com, Lee Min Ho stated that he would pursue a drama as his next project following the completion of promotional activities surrounding his film “Gangnam 1970.”

In the statement published by Sohu.com, Lee Min Ho said, “I would like to present the movie first, and if possible, I would like to hold a concert.” He went on to say, “I’m planning to return through a drama since I think many fans are waiting for a drama.”

Lee Min Ho’s last drama role was in the widely successful teen drama “The Heirs” where he starred opposite Park Shin Hye and Kim Woo Bin. In addition to "The Heirs," he is best known for his breakout role as Gu Jun Pyo in the 2009 teen drama "Boys Over Flowers."

Lee Min Ho is currently in the midst of promotional activities for “Gangnam 1970.” The film is scheduled to arrive in select North American theaters in February and will be screened in Hong Kong in March 2015.