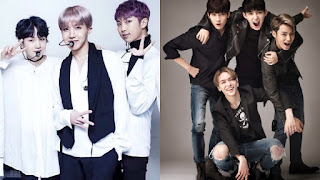 Disney’s animated film “Big Hero 6” will be released digitally and on Blu-Ray this February. The 2014 hit film included voice acting by Daniel Henney (My Lovely Sam Soon, The Fugitive: Plan B) and Korean-American actress Jamie Chung (The Hangover II).

“Big Hero 6” features characters from Marvel Comics and focuses on the tale of Hiro Hamada, a fourteen-year old robotics wizkid. Hiro lives in San Fransokyo, a futuristic city that is a mashup of Tokyo and San Francisco. Robotics are Hiro’s hobby but his brother, Tadashi, believes he is capable of more than tinkering in a makeshift workshop.

Daniel Henney provides the voice for Tadashi. Tadashi mentors Hiro by bringing him to his college robotics lab, where Hiro is introduced to Baymax. Baymax is a specialized healthcare robot created by Tadashi.

Hiro develops a greater passion for robotics, through his interactions with Baymax and Tadashi’s friends Fred, Honey Lemon, Wasabi, and GoGo. Jamie Chung lends her voice for GoGo Tomago. GoGo is one of the Marvel Comics superheroes who were included with “Big Hero 6.” She is explosively hyperactive and fiercely athletic.

The prevailing theme of “Big Hero 6” is that robots can be created for the better good of humanity, if they are properly made and utilized.