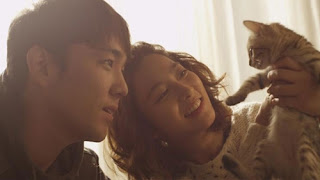 On November 26, S.A.L.T. Entertainment, Park Se Young’s agency, posted photos of the on-screen couple. The two are locked in a sweet embrace while they play with their tiny kitten, and with the bursting chemistry of the two, partnered with their comfortable relationship while they film romantic and affectionate scenes, many viewers are looking forward to this new film.

The movie is based on a popular web cartoon and it tells the story of two separated lovers who used to raise a kitten when they were together. After the death of the said kitten, the two decided to reunite and bury the cat during the short trip they have decided to take.

Park Se Young is known for her portrayal in the dramas “School 2013”, “Man from the Equator” and “The Faith”, but this is the first time she will be acting in a film. Kangin is from the idol group Super Junior and has acted in the movie “Hello Schoolgirl” and “Attack of the Pin up Boys”. This movie is his big screen comeback after five years. 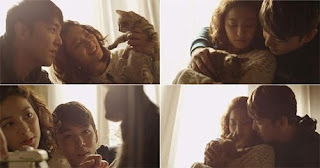