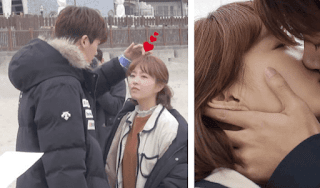 This girl group member is gaining attention for her silly dancing in a commercial she recently starred in.

…And her performance has led to the creation of a hilarious dancing meme!

Each commercial begins with Jooe dancing in goofy ways, and some fans decided it would be funny to edit her into other groups’ videos!

Jooe has been edited into upbeat dances like BTS’ “Save Me,” and the result is hilarious!

It really looks like she’s dancing along with the song.

Fans just can’t get enough of Jooe’s over the top dancing.

Why is this EXO dude speaking when he was outclassed by a GG member, dance machine Joo E, in his own group dance practice video. pic.twitter.com/SlgqoVY9W2