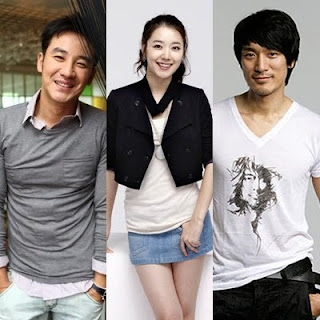 It was recently revealed that the actors will star in the movie directed by actor Park Joong Hoon.

Uhm Tae Woong will play the role of Tae Sik, a manager from a star who is innocent, humble and very talented who shows different colors.

“Top Star” will be about a man named Tae Sik (Uhm Tae Woong), who is the manager of a super star Won Joo (Kim Min Jun), he then goes on to becomes a super star himsel, and become rivals with Won Joo. Mi Na who is a producer, will be the one that provokes these two men.

Like mentioned before, this movie is produced by veteran actor Park Joong Hoon. The actor has been in more 20 movies, but he has never appeared in a drama before. He also has ventured into MCing, when he hosted his own show in 2009.

No word on when the movie will start filming or when it will premiere.