?The Berlin File? Records 7 Million of Tickets Sold, and Becomes the Number One Action Movie 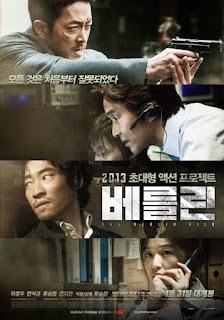 Action movie “The Berlin File” has reached a new milestone.

According to ticket sales counts, the movie has sell 7 million tickets, making the movie, the highest grossing Korean movie of its genre.

The movie has surpassed the 2010 movie "The Man From Nowhere" which sold 6.28 million tickets and the 2008 movie "The Good, the Bad, the Weird", which collected 6.68 million sales.

A representative from CJ Entertainment commented that despite their worries about the complicated plot and 40% of the movie being in English, the movie has been loved by many people, in different age ranges.

The movie, that has been praised by North American reviewers like The Hollywood Reporter and The New York Times for its excellent plot, and outstanding acting and directing was released last month in selected theaters in the USA.

“The Berlin File” directed by Lee Hwan Hyung (The Unjust) and starring Ha Jung Woo, Han Suk Kyu, Ryoo Seung Bum and Gianna Jun is about a North Korean agent in Berlin, who trades with illegal weapons. He learns that a man from his own country was sent to Berlin to kill him. He and his wife are the target of not only the North Korean assassin but different people. They will try to get out of Berlin alive.

The movie premiered on January 31st, selling 270,835 tickets on its first day.