Sung Yuri To Comeback to The Small Screen with SBS Drama ?The Secret of Birth? 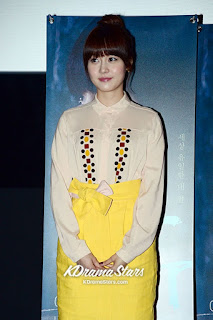 The singer and actress has been cast in the new SBS weekend drama.

On March 14th, her agency King Kong Entertainment, revealed that the actress decided to take the role in the drama.

Sung Yuri will play the role of Jung Yi Hyun, a woman who is a genius but losses her memory.

About her role, the actress stated, “I thought the story is very interesting. I fell for Jung Yi Hyun, and decided to do the drama. This is a kinf of character that I haven’t done before, I am excited to play it, as I will show a new side of myself.”

Besides her, Yu Jun-Sang and child actress Kal So-Won have also been cast for the drama.

“The Secret of Birth” is about a woman who suffers from memory loss, and meets a man, that will help her regain her memories.

The drama is scheduled to air on April 27th, after “Incarnation of Money” ends.