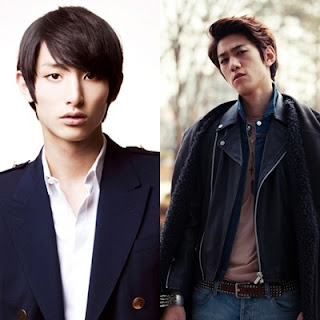 The omnibus movie, is sequel to the hit “Horror Stories” which featured 5 different horror stories directed by different directors.

The two actors will act in “Cliff” which will be about two friends going on a mountain hike and will face life threatening situations. It will be directed by Kim Sung Ho.

Much like the first installment, director Min Kyu Dong will direct and first story, which will connect all three stories together.

Actors Ko Gyung Pyo, and Kim Ji Won will act in “Escape” which will directed by Jung Bum Sik and Min Kyu Dong, and it about a trainee teacher who gets trapped in a different world.

Actors Baek Jin Hee, Kim Seul Gi, and Jeong In Seon will act in “Accident” directed by Kim Whee, and will be about 3 student that get into a car accident, which lead to horrendous situations.

The film started filming on March 6th, and will premiere on June 2013.