Seo Ji Suk To Marry On May 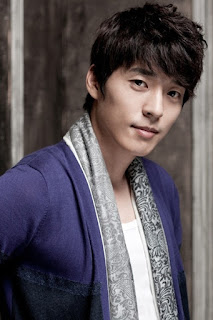 Actor Seo Ji Suk will tie the knot this upcoming May.

On March 11th, his agency MyNameIs Entertainment, revealed that the actor “will get married on May 18th, to his girlfriend of one year, a 28-year-old florist.”

According to his agency, the actor met with his girlfriend, through mutual friends, and started their relationship with good intentions a year ago.

The couple will marry at Patio 9, Nonhyeon-dong, in front of their families, friends, and closed ones.

His agency also stated, “The actor wanted to reveal the news himself in a fan meet, but his plans didn’t go as he wished. He promised to repay the love and support from his fans, with better acting. He will continue to focus on his acting career, as well as forming a beautiful family.”

The actor, debuted in the 2001 KBS drama “Love Without Hope,” and have appeared in dramas like “Pure 19” “Glory” “High Kick 3” “Obstetrics & Gynecology” and in movies like “The Inside Story about Him & Her” and “The Bow.”