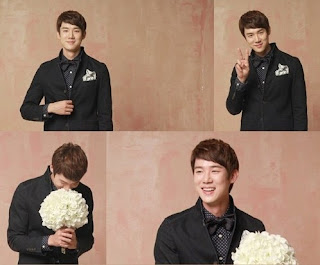 Just when we though actor Yoo Yeon Suk couldn’t get any more perfect, he proves his avid fans wrong.

On November 26, an online community posted a video of the actor at a wedding entitled “Yoo Yeon Suk Sings and Plays Piano”. It was revealed that it was a wedding of someone from the actor’s agency, and he performed it to congratulate the couple on their marriage. Actor Lee Dong Wook acted as the MC for the event.

In the video, Yoo Yeon Suk is seen playing the piano while singing Lee Seung Gi’s Song “Will You Marry Me”. Fans were pleasantly surprised to know that he had some musical talent on top of his amazing acting skills.

Meanwhile, adding to his musical exposure is his participation in the music video of idol artist Hyorin. According to the singer, “Since he’s so popular right now, I felt a bit of pressure working with him. Yoo Yeon Suk is so good at acting and getting into focus. I received a lot of help from him while we were filming.”