Park Shin Hye Wants To Be An All-Around Entertainer 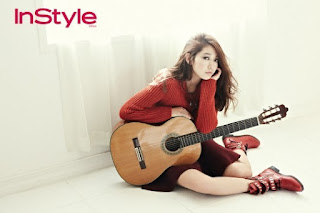 Park Shin Hye reveals her dreams of being an all-around entertainer.

In a statement by her agency S.A.L.T. Entertainment, representatives said, "Park Shin Hye is interested in singing and dancing., and the digital single she released was a present to her fans. As an entertainer, she believes that rather than focusing solely on acting, she should be versatile and try out other fields of entertainment as well. For her fans who tirelessly support her, she will continue to show her different sides and talents."

The actress has always been inclined towards singing, and it was revealed that she received vocal lessons as a part of her training before she debuted as an actress. Despite pursuing the path of an actress, her love for singing has remained, and she has since released OSTs and songs for the multiple dramas she has starred in such as "Heartstrings", "Flower Boys Next Door" and "The Heirs".

Recently, she released a remake of the song "Breakup For You, Not Yet For Me" by the group Standing Egg. Showcasing her sweet voice that fits perfectly with the mellow tune of the song, Park Shin Hye proves that she is on her way towards her dream of becoming a multi-faceted entertainer.

Show your support by catching Park Shin Hye on "The Heirs" every Wednesdays and Thursdays on SBS.