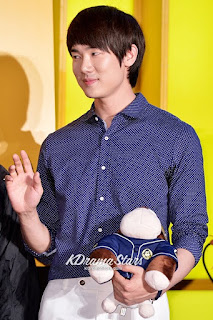 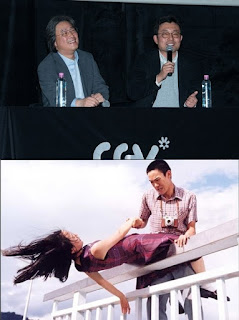 Actor Yoo Yeon Suk is currently one of the most popular actors because of his portrayal in the drama “Reply 1994”, but there is someone from his past who remembers him differently.

“Old Boy” director Park Chan Wook celebrated the tenth anniversary of the highly successful movie and promoted the digitally re-mastered version of the film. During the event, he re-visited the film for the first time since its premiere and talked about Yoo Yeon Suk who was just a rookie actor during his participation in the movie.

The director said, “If I had known that Yoo Yeon Suk would be this popular now, I would have cared for his image more and given him more close up shots during the film.”

He continued, “Yoo Yeon Suk was casted because he looked a lot like Yoo Ji Tae, but that’s not the only reason. He was a really impressive actor. During that time, he was still a rookie and I thought that the laboratory scene between him and Yoon Jin Seo would be difficult, but he worked hard and was able to produce great results.”

“I was very proud that he did his scene well and I even remembered praising him while I bought drinks because their scene played a great part in the film,” he ended.

On watching the film for the first time in ten years, he said, “I can’t remember if this was a dream or reality.” The digitally re-mastered version of the film will be released in theatres once again.