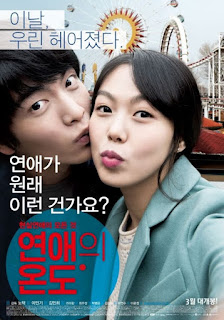 “Very Ordinary Couple” took the number one place after its premiere on the weekend of March 22- March 24.

According to the Korean Film Council, movie “Very Ordinary Couple” was able to sell 538,875 tickets in its first weekend, for a total of 644, 564 making it the number one movie.

The movie which premiered on March 21st, and stars Kim Min Hee, and Lee Min Ki, talks about a couple who works in a bank, and break up. After their breaking, their love enlightens again, and they embark in a on-and-off relationship.

“Very Ordinary Couple” is being compared to movies like “Architecture 101” and “My Wife’s Everything,” which premiered last year, and had the similar box office sales. What also is gathering attention is that the movie was able to score being an “R” rated movie.

“Very Ordinary Couple” is expected to do well in the following weeks, just as other romantic comedies have been doing in the Korean Box Office.