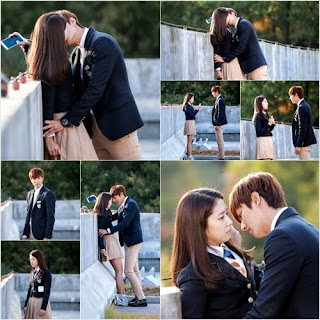 Actor Lee Min Ho and actress Park Shin Hye are to attend the concert sponsored by Lotte Duty Free shop on April 18, 2014. Lotte Duty Free planned the K Live concert for the international fans on April 18, 2014, a concert featuring singers Lee Seung Hwan, Baek Ji Young, Kim Bum Soo, and Hwi Sung on April 19, 2014, and the K Pop concert on April 20, 2014, featuring idol groups such as EXO K, B1A4, and Girls Day. Since the ferry disaster, the performances on April 19 and April 20 have been postponed indefinitely. However, the performances on April 18 will be conducted without changes, because over ten thousand international fans already arrived to Korea for the concert. The celebrities who were supposed to connect with the international fans in the concert on April 18, such as actor Lee Min Ho and actress Park Shin Hye, requested to postpone their appearances. Lotte Duty Free did not postpone the appearances of the celebrities, but postponed the concerts and performances.