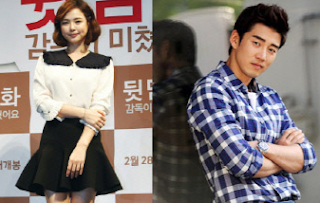 Actress Lee Ha Nee and actor Yoon Kye Sang shared that they are officially dating back in February of last year. In related news, the new KBS 2 TV Monday Tuesday drama "The Full Sun" is a story of a man Jung Sae Ro, played by Yoon Kye Sang, who loses his father and all of his life because of the lost diamond in Thailand, and a woman Han Young Won, played by Han Ji Hye, who loses her fiancé. The first few episodes are to be filmed in Thailand.