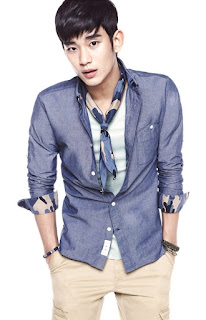 Super star Kim Soo Hyun is done with one project, and plans his next.

Recently, his agency Key East Entertainment released a statement and said, “Kim Soo Hyun is now done with “Secretly Greatly.” After some delays, the actor successfully finished shooting on March 8th. Now he will take a brake, and while at it, he will review scrips for drama.”

“The actor plans to shoot for CF s and finish other schedules. He plans to meet the public with a drama, at the latter part of the year. He will comeback in a good project, and great acting.” finished his agency.

The actor is one of the hottest star nowadays, and he is desired everywhere. He currently appears in various commercials, for different brands. He also has been active on theaters with movie “The thieves.”

But all of these was thanks to his excellent acting skills showcased in the drama “The Moon That Embraces The Sun,” where he played the role of a charismatic King, who was desperately looking for his lost first love. This role skyrocketed his fame.

In the movie “Secretly, Greatly” the actor plays the role of stupid man, who in reality is a North Korean spy who is trying to live in South Korea. The movie is set to premiere on June, 2013.