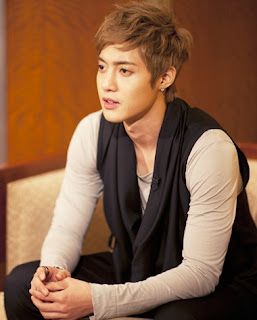 The singer and actor recently had a performance in Brazil and he was very welcome.

The singer performed at the “Feel Korea” concert that celebrated the 50 years of Korean immigration to the South American country.

Kim Hyun Joong was received by about 800 screaming fans at the Guarulhos International Airport in Sao Paulo, and upon his arrival, traffic was completely stopped.

Media and fans were delighted to have the talented artist over their country, as he was the one who got the most cheering on his energetic presentation. Brazilian fans hoped for more visits in the future.

Besides Kim Hyun Joong, Ailee, Baechigi, and Ongals also performed in the concert attended by about 1,300 Brazilian Kpop lovers.

Kim Hyun Joong is currently in Peru, to have a meeting later tonight, and reports said, the actor was received by about 3,000 people at the airport, and many fans are currently waiting for him at the Sheraton hotel in Lima.