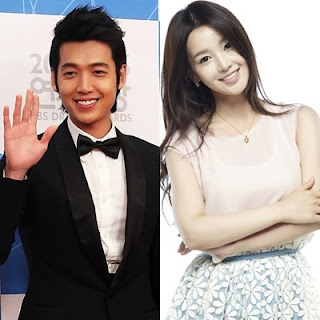 On March 20th, It was revealed that Actors Jung Kyung Ho and Nam Gyu Ri have been cast to act in detective drama.

They will both headline the drama “Undercover” which will be about a police officer (Jung Kyung Ho) who will infiltrate a gang to investigate a drug case. The drama is gathering more attention, as the plot seems very similar to one of the hottest movies currently "The New World."

The drama will be directed by Lee Jung Hyo, who have been in charge of “I Need Romance” and “I need Romance 2”

It was said that the first script reading took place on March 19th, with all cast present.

This will be the first drama for Jung Kyung Ho, after his military discharge back in September 2012. The actor already shoot the movie “Roller Coaster” that will premiere on June 2013.

This will be the comeback for Nam Gyu Ri, after participating in the JTBC drama “Haeundae Lovers”

Besides Jung Kyung Ho and Nam Gyu Ri, actor Jo Han Sun, who has been away from heading a drama for 9 years after finishing “April Kiss” will also appear in the drama.

The drama is set to start its filming next month, and will air by the end of May, after drama “The End of The World” ends, on Saturdays & Sundays at 9:55 PM(KST).