Jang Geun Suk On His Photo Shoot With IU, ?I Screamed Because She Hugged Me? 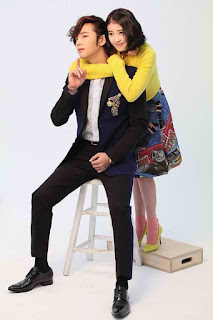 In the drama “Pretty Man”, IU’s character Kim Bo Tong is the one fangirling over Jang Geun Suk’s character Dokgo Matte, but it seems that it’s the other way around in real life.

Jang Geun Suk talked about his co-star during a recent interview, and on the topic of his first meeting with IU, he shared, “I met IU for the first time during the photo shoot for the drama. There was a part when she had to give me a back hug as Kim Bo Tong, and I was so shocked that I screamed, ‘Wow, IU hugged me!’ loud enough for the whole set to hear.”

In addition, he said, “It’s my first time working with someone as young as IU. I find it interesting that when I look at IU, I feel drawn to her charm. She looks like someone who’s a natural at acting, or someone who practiced to death.”

He invited everyone to watch the drama by jokingly saying, “Because I am here!”

“The drama “Pretty Man” has fun and romantic moments that will surely help viewers reflect on their own relationships. If anyone has gained wisdom through Dokgo Matte’s eventful meetings with the ten women, I would be more than happy,” he concluded.