Go Ara On Her Goddess Image, ?I Wanted To Break Out Of It? 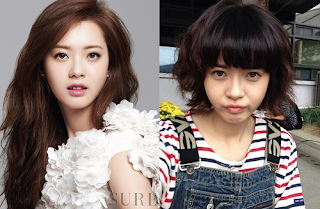 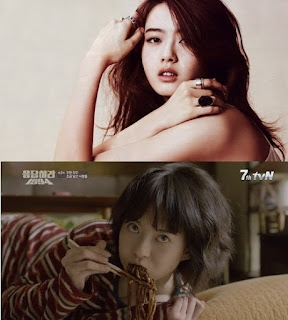 Known for her exceptional beauty, actress Go Ara talks about her change of image from a goddess to a country bumpkin.

She is currently grabbing attention for her role as the feisty and tomboyish country girl Sung Na Jung in the drama "Reply 1994", but Go Ara admitted that it has not always been the case. She shared, "My previous image was that of a doll, quiet and well-behaved. I wanted to break out of it."

Go Ara began her career with a role on the teen drama "Sharp", but even after having debuted for ten years, she has yet to be recognized for her acting. After a series of poorly received dramas and films, many viewers have already written her off as an actress with only a pretty face, but her casting in the drama "Reply 1994" did served not only as an opportunity to further her career, but also as an avenue to reinvent her image entirely.

From being a goddess-like beauty, Go Ara surprised everyone with her portrayal in "Reply 1994". Complete with the dialect from the port city of Masan and the drunken behavior of biting people, she was able to break out of the stereotypical pretty face and turn herself into a woman who is 100% true to herself.

It seems that her efforts are paying off because "Reply 1994" is receiving a lot of love from their viewers, and Go Ara is slowly but surely gaining the recognition she deserves as an actress who has been in the industry for ten years.

"Reply 1994" airs every Fridays and Saturdays on tvN.