First Look of Jo Jung Suk in ?Lee Soon Sin Is The Best? 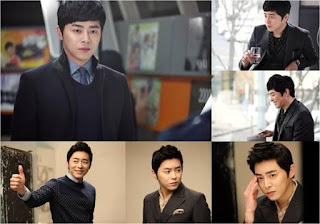 Actor Jo Jung Suk has successfully transformed into his character.

New pictures of the actor on his first day of filming were released on February 18th.

The actor plays the role of Shin Joon Ho, an arrogant, mean, and cold CEO of an entertaining agency.

The first filming took place on February 17th, and it is said that he showed a lot professionalism and cheerful attitude.

It was also revealed the actor specifically lost weight to portray his role better.

“Lee Soon Sin Is The Best” is about a family who has to deal with the challenges of loosing their father. Lee Soon Sin, the youngest of the family travels to Seoul, and becomes a big star, with the help of a business man.