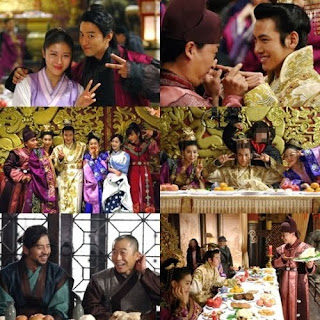 "Empress Ki" releases stills of the cast having fun while on a break from filming.

According to insiders, the cast and crew were ecstatic to see each other after filming apart for a long time, especially for the actors who stay in the palace and actors who are soldiers out in the field. For the first time in a while, they were able to hang back and relax while enjoying the authentic feel of a Goryeo celebration.

In a different celebration, Ha Ji Won threw a champagne part for the staff of "Empress Ki" to commemorate the drama reaching a viewer rating above 20%. Although this wager made the directors and writers a little nervous, the celebration proved to be well-deserved after they have reached their target number.

Catch "Empress Ki" every Mondays and Tuesdays at 10pm (KST). 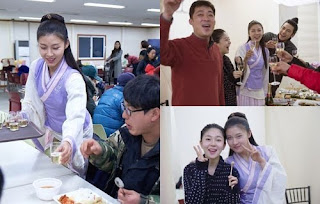