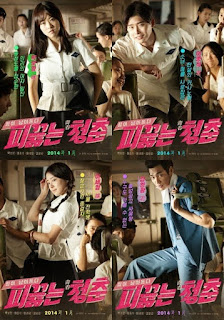 Following the success of his swimming film "No Breathing", actor Lee Jong Suk is back with his next film "Blood Boiling Youth".

With the movie set to premiere on January, distributor Lotte Entertainment is starting on their promotional activities, and individual posters featuring the main cast have been released. Starring alongside Lee Jong Suk are Park Bo Young, Kim Young Kwang, Lee Se Young and many others, and the story will revolve around these four characters.

Set during the eighties, Lee Jong Suk will be playing Joong Gil, a village playboy in the small town of Chung Nam, while Park Bo Young will be portraying Young Sook, a bully from the local agricultural high school. Lee Se Young is So Hee, a Seoulite who will be moving into the village and capturing the hearts of all the local men, and Kim Young Kwang is Kwang Sik, the number one fighter in their school.

"Blood Boiling Youth" is a romantic comedy about the passion and love, as well as the friendship and camaraderie of the four hot-blooded students. 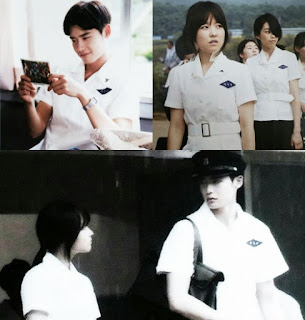