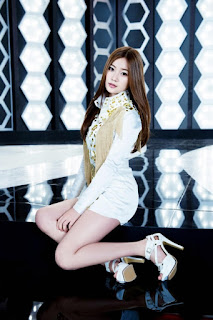 Member or girl group AOA, Yuna, casts in Japanese musical with other idols.

It was recently revealed that the singer, and now actress will play one of the leading roles in the Japanese musical.

She will play the role of Sul Hee, a sweet and cheerful girl, who has a heart disease. She lives alone with her father. She is bright and this is what will attract the two male leading roles of the musical.

The rookie actress is in charge of vocal, and piano in the girl group, and now will show a new side of herself with musical acting.

The musical is based on the 2000 drama “Summer Snow” starring Domoto Tsuyoshi, and Hirosue Ryoko, which talks about a boy looking for his sibling and a sick girl. They both become each others support.

This drama gained a lot of popularity in Japan at the time, and won various awards.

The musical will premiere on April in Osaka, and in May in Tokyo.