Actress Sung Yoo Ri?s boyfriend, ?She is someone I would marry? 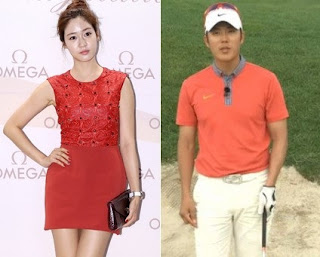 While top star Sung Yoo Ri and her boyfriend Ahn Sung Hyun, who coaches the national male golf team, have been going out for six months, some are asking if they are about to get married. According to sources, a couple of days ago, Ahn Sung Hyun introduced to his close friends that he has a "woman whom he would like to marry." Sung Yoo Ri and Ahn Sung Hyun officially acknowledged their relationship last Tuesday. The same source added that, "He did not share that his girlfriend is Sung Yoo Ri, but it seemed that he decided to marry her already." Sung Yoo Ri and Ahn Sung Hyun have been enjoying dates together in public, going shopping together for golf clubs and going to restaurants together. Actress Sung Yoo Ri has been rumored to date a lot of actors and male celebrities since she debuted in 1998. However, this is the first time she officially acknowledged her relationship with the significant other.