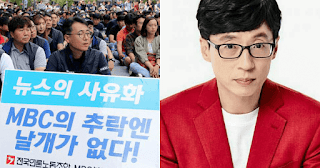 Although there are many popular girl groups in the K-Pop industry, not all of them started that way. Sometimes it takes one hit song to help make it big, and that was definitely true for these groups!

“Gee” is one of Girl’s Generation’s most popular and iconic songs. It’s the perfect introductory song for anyone interested in getting into K-Pop.

After MAMAMOO’s release of “Um Oh Ah Yeh,” tickets for their fanmeeting sold out in less than a minute. Since then, MAMAMOO has continued to rise in popularity.

“Up & Down is one of the most well-known songs by EXID. Many idols have danced along to the fun choreography which only helped the song gain more attention.

Another iconic hit song is Wonder Girls’ “Tell Me.” It is one of their most popular songs and is another great introductory song for new K-Pop fans.

This catchy song blew up after its release. AOA gained lots of attention for its sultry but fun choreography and catchy beat.

“Cheer Up” is definitely one of the first songs that comes to mind when anyone thinks of TWICE. With over 200 million views, it’s clear that “Cheer Up” has definitely helped TWICE gain popularity.

One of SISTAR’s most popular songs that helped them gain popularity is “Alone.” The catchy beat is easy to sing and dance along to, so it’s no surprise it caught many fans’ attention.

One of K-Pop’s catchiest songs to date is 2NE1’s “I Am The Best.” Although the group is no longer together, this song will always be around to remember an amazing era of K-Pop.