Seungri Got Super Drunk And Accidentally Livestreamed The Whole Thing 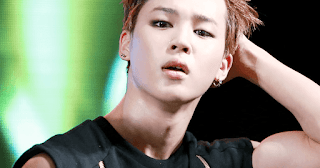 Seungri recently enjoyed a drunken night out with friends, and it was all caught on camera.

His friend, who he was with at the time, started sharing a live Instagram stream of a very drunk Seungri.

Seungri appeared to be live streaming his friend as well, but he had no idea he was being recorded.

When Seungri told his friend, “You know this is live right?” his friend retaliated, “Well f*ck I’m doing it too!”

Upon hearing that he was being broadcast live, Seungri tried snatching his friend’s phone before trying to run away.

His friend then broke into laughter at Seungri’s failed attempt and followed him out on to the streets.

After unsuccessfully trying to run away, Seungri finally resorted to getting into his car and hiding in embarrassment.

Watch the full videos below: