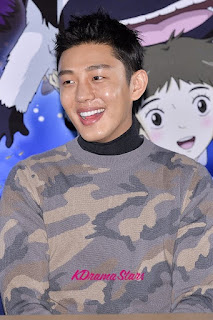 Following the confirmation of his role in the film "Veteran", it seems that Yoo Ah will be taking on another movie. According to film industry insiders, he is reviewing the terms of contract positively, and that it is only a matter of time before the actor confirms his role.

"Hundred Years War" is a political film about liberation and anti-privatization, and it will be directed by PD Min Kyu Dong and produced by Lotte Entertainment. PD Min and the actor have previously worked together during the 2008 drama "Antique Bakery".