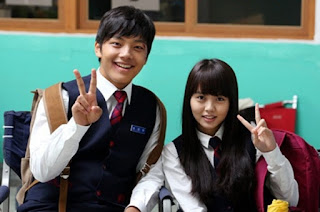 Child actors Yeo Jin Goo and Kim So Hyun could possibly come back to dramas as high school lovers once again.

According to different reports, SBS is positively looking for the two young actors to lead the drama “Can I Love You?”

The drama will be a high school drama, and will have them play the leading roles the whole drama, instead of the first episodes, as the young versions of the main roles.

The two actors, despite their short age, have proven to be perfect leading material, after giving perfect performances in the MBC dramas “The Moon Embracing The Sun" and "I Miss You."