Three Reasons Why You Are In Love With ?You Who Came From The Stars? 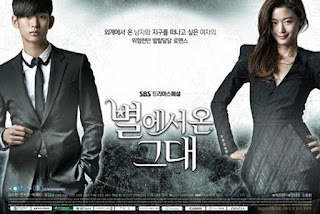 More audiences are raving about the love of a top star and an alien. SBS Wednesday Thursday drama "You Who Came From The Stars," which succeeded in amassing over 25% of national viewing rate, is attracting the attention of the audiences and fans with unique factors.

The Cho Sun swear words, which are often spitted out by Do Min Joon, are another factor that draws people into the SBS Wednesday Thursday drama "You Who Came From The Stars." Lastly, the parodies of popular movie and dramas such as "The Heirs" and "My Sassy Girl."