?Reply 1994? Extends For One More Episode 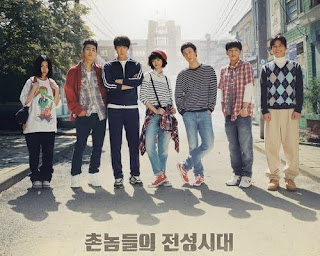 Good news for “Reply 1994” fans! The highly successful tvN drama will be adding one episode to its original 20-episode repertoire.

November 29, a representative from tvN said, “The management has decided to extend the drama Reply 1994 with one episode, making it a total of twenty-one episodes. The drama is currently in its midpoint, but since we feel that twenty episodes are insufficient to tell the entire story, thus the extension.”

“Reply 1994” has been breaking records since its first episode. A typical cable drama is considered successful if it reaches a rating of 1% during its run, but the drama has already reached a 2.6% average rating for its premiere episode. The rating has since showed a steady increase in number, and the most recent episode received an average rating of 9.3%.

It has also broken the so-called “second season curse” where the second installment will be a flop compared to the first one, but “Reply 1994” proved to be even more successful than its predecessor “Reply 1997”.

To find out why everyone has been raving about “Reply 1994”, catch it very Fridays and Saturdays on tvN.