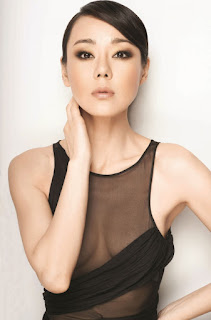 Actress Kim Yoon Jin is to make a solo appearance in the popular CBS talk show "The Late Late Show with Craig Ferguson." Kim Yun Jin on June 5, 2014, filmed the CBS Late Late Show with Craig Ferguson in Los Angeles, California. Actress Kim Yoon Jin is currently promoting the second season of the ABC TV show "Mistress," which premiered on June 2, 2014. The season one of "Mistress" premiered in July of last year. The show is based on the BBC TV show of the same name in 2008. Earlier this week on June 2, 2014, Kim Yoon Jin visited New York City to film "The View" with Whoopi Goldberg and Barbara Walters. Kim Yoon Jin is to come back to Korea next month and film the rest of the movie "International Market," which is to premiere in December.