Lee Yeon Hee Is Being Considered for ?Miss Korea? 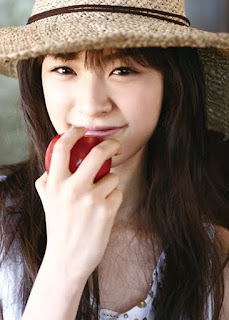 Actress Lee Yeon Hee is being courted to star in the new drama "Miss Korea".

According to representatives of SM Entertainment, her agency and the producers of the drama, "Lee Yeon Hee is seriously positively considering accepting the role for Miss Korea."

"Miss Korea" is about a neighborhood beauty who is coaxed by the men in her village to join the top beauty pageant in the country, and their collective efforts to turn her from a country bumpkin to a beauty queen.

Producer Kwon Suk Jang and writer Suh Sook Hyang are collaborating once again after their success in the MBC drama "Pasta". Meanwhile, actor Lee Sung Min has already been confirmed for a role in the drama.

If the casting pushes through, it will not be the first time for the actress to play the role of a country girl. She played Lee Da Ji, a country-side veterinarian, in the 2011 drama "Paradise Ranch" with TVXQ member Shim Changmin.

Lee Yeon Hee gained much attention through her cameo role in the drama "Gu Family Book". She also stars in the movie "Marriage Blue" with 2PM member Ok Taecyeon, which premieres on November 21.

"Miss Korea" is set to air on December, after the run of the Wednesday-Thursday drama "Medical Top Team".