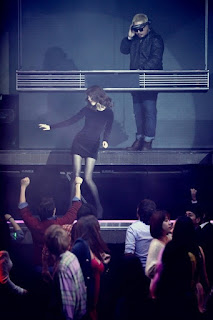 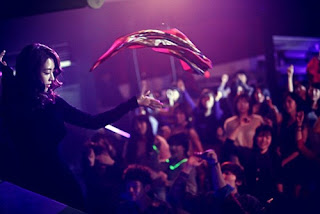 Lee Yeon Hee is seen dancing sexily at a club, but rest assured, this is not a controversy.

On November 27, still cuts from the actress’s new drama “Miss Korea” were released, and Lee Yeon Hee is shown enjoying herself at a dance club in Gangnam. According to reports, the actress was shy when she first approached the stage, but because of the words of encouragement from the staff, she was able to overcome her fear.

In addition, Director Kwon Seok Sang also told her, “Hey Ji Young, let’s start to dance a bit and enjoy,” making her comfortable to show off her dancing skills.

Even in front of 200 hired extras, Lee Yeon Hee showed her dedication by dancing her best during the club scene of the drama. Some insiders revealed that the actress took dancing lessons from professional dancers, presumably those from her agency SM Entertainment, and because of her endless energy and passion for acting, she was able to give a great performance.

“Miss Korea” follows the Cinderella-like story of the country bumpkin Oh Ji Young, an elevator girl who undergoes an intense makeover as her neighbors try to get her into the prestigious Miss Korea pageant.

The drama will premiere in December.